Eleven. This is the right answer. At least for now where the latest Ruby version is 2.1.5 this number remains the same. Check the source for yourself.

Now and then I keep hearing Ruby programmers complaining about the memory usage increase when switching from Ruby 2.0 to Ruby 2.1. The objective of this blog post is to help those people who are stuck on MRI 2.0, giving an overview of each one of the GC tuning parameters, and explaining how you can benefit your app by using them.

Sorry, this kind of thing does not exist when the subject is memory profiling or performance tuning. There's no silver bullet or one answer for all. Just profile, experiment, analyze and repeat. A lot.

"Everything in Ruby is an object" - you probably already heard this statement. So, a running Ruby program is made up of objects. Thousands of them. Thanks to the Garbage Collector you don't have to manage memory allocation manually.

Each major release of Ruby has included improvements to the garbage collector, most of them about speed. This is because for the GC to do its work it needs to pause the program execution while it is running.

Since the birth of Ruby its garbage collector is based on the Mark & Sweep algorithm, which is made up of two phases (Effective Ruby, 2014):

Now, can you imagine how expensive is to traverse the object graph of a running program with thousands and thousands of objects? That's why the team behind this complex piece of software engineering concentrates so much effort on seeking quality and performance improvements.

The reason behind this categorization is based on the weak generational hypothesis, which means: "most objects die young". In other words, new objects will probably die young. Having this "life expectancy" differences between new and old objects, different GC algorithms and strategies can be applied to each generation.

To classify an object as young or old the GC does the following:

Above is just the basics for you to understand the GC tuning parameters topic below. The entire garbage collection process implemented in Ruby 2.1 (RGenGC) is much more complex in order to solve all existing problems. For a detailed view of how it works take a look at this post's references.

When Ruby 2.2 goes out we can expect another major update to the garbage collector, which will probably introduce a three-generation GC.

Before we continue let's see some key points about the Ruby heap:

Ok, now we have the minimum amount of information to understand the existent GC tuning environment variables.

Following the idea of each application should be treated as a unique case, there are defaults set on Ruby VM that you have to know and likely want to adjust according to the app weight, pondering with the computing resources at your disposal.

Just to be clear, each one of these GC tuning parameters has a default value, meaning that if you don't set this variable on your application environment, the default value will take place.

So, if your app starts running out of memory after upgrading to Ruby 2.1, this is a good place to start.

In the case of a Rails application, there are a lot of other things that you can do (and probably will have to), most of them related to the application server. Later in this post, I'll give a bonus topic for those who are using Unicorn as an application server.

Roll up your sleeves. Below is the explanation behind each GC tuning variable available today.

Again: all listed environment variables above are for Ruby 2.1. Ruby 2.2 will probably have an impact on these settings. Tune them only if you really know what you are doing.

"One thing I have learned in a long life: that all our science, measured against reality, is primitive and childlike - and yet it is the most precious thing we have." ― Albert Einstein

In order to accomplish this hard work surround yourself with great tools. A few examples below:

Also, the What I Learned About Hunting Memory Leaks in Ruby 2.1 blog post from Peter W. describes an approach to collect and analyze heap dumps from your running application. Heap dumps are the devil's house. Precious raw data lives there.

There's a technique called Out-of-band GC (OOBGC) created to optimize the GC process for web applications. The main idea is to run the GC in-between requests rather than during requests. This technique was first introduced by Unicorn.

Traditionally the OOBGC implementations force a GC run every N requests. This works well however, it does not observe if the GC actually is needed.

Aman Gupta created a more intelligent OOBGC implementation built on new APIs and events offered in Ruby 2.1 and its RGenGC implementation, allowing the VM to make the best decision about when a garbage collection is required.

The installation is pretty straightforward:

If you are using Ruby 2.2 you don't need OOBGC, since it includes the RIncGC (Incremental GC) and will not pause the world for a long time.

Here we scratched the surface of the most important part of Ruby internals - the Garbage Collection. This invention first appeared around 1959, and since then it continues to be heavily researched, evolving over time through the development of complex algorithms and techniques.

That said, in this context, you can't manage what you don't measure and monitor. That's why you have to configure a good set of profiling tools, monitor the memory growth of your application processes, discover the pain points of your application, fix what can be fixed, and repeat.

I hope this rundown can be useful for you. 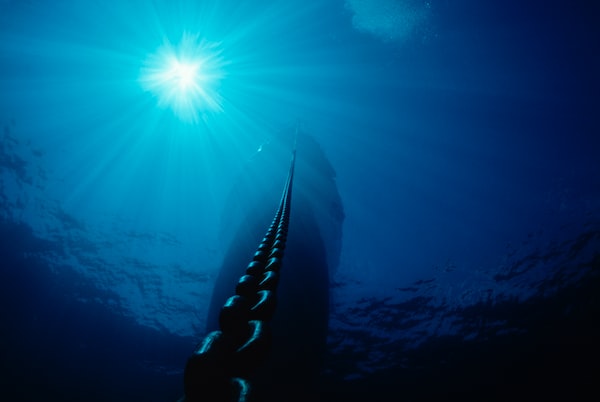 In my previous post, we saw how to use GitHub Actions to deploy your application manually. Now let's learn how to keep a record of your production deployments.

Did you know that you can configure your workflows to run only when manually triggered through the Actions tab on GitHub, GitHub CLI, or the REST API?